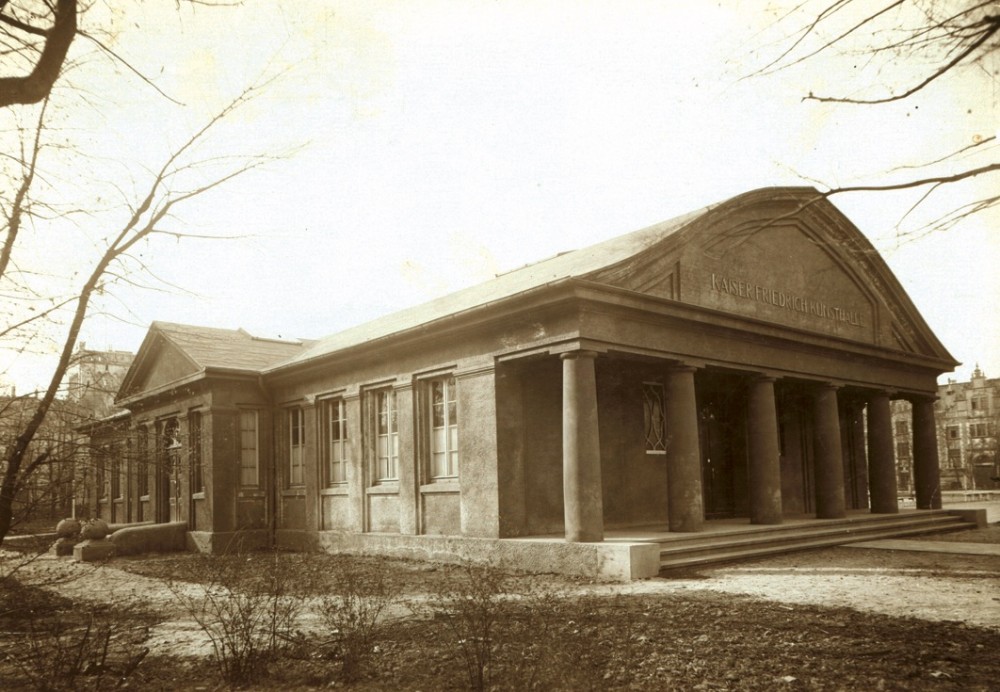 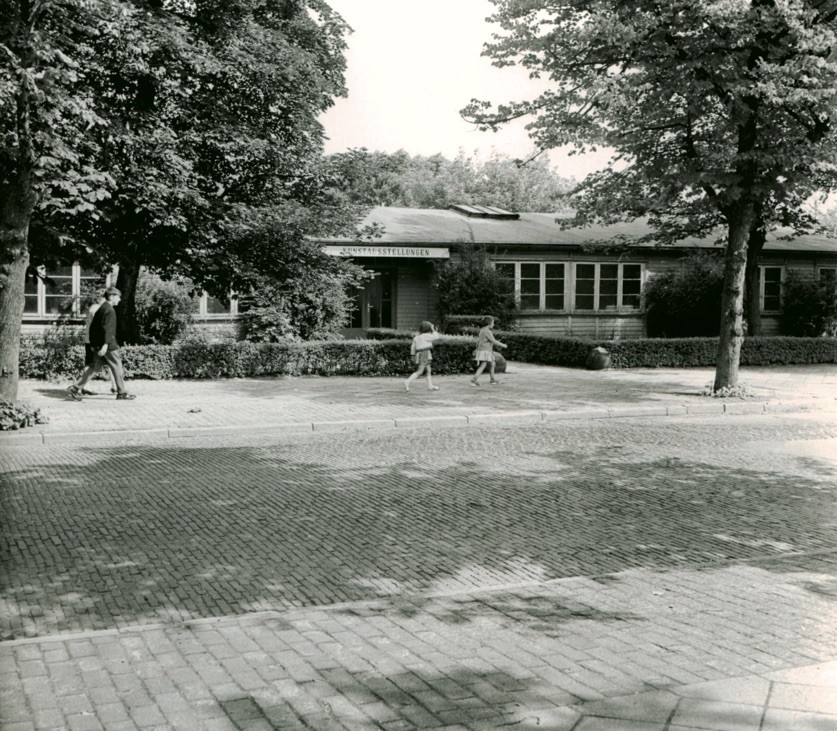 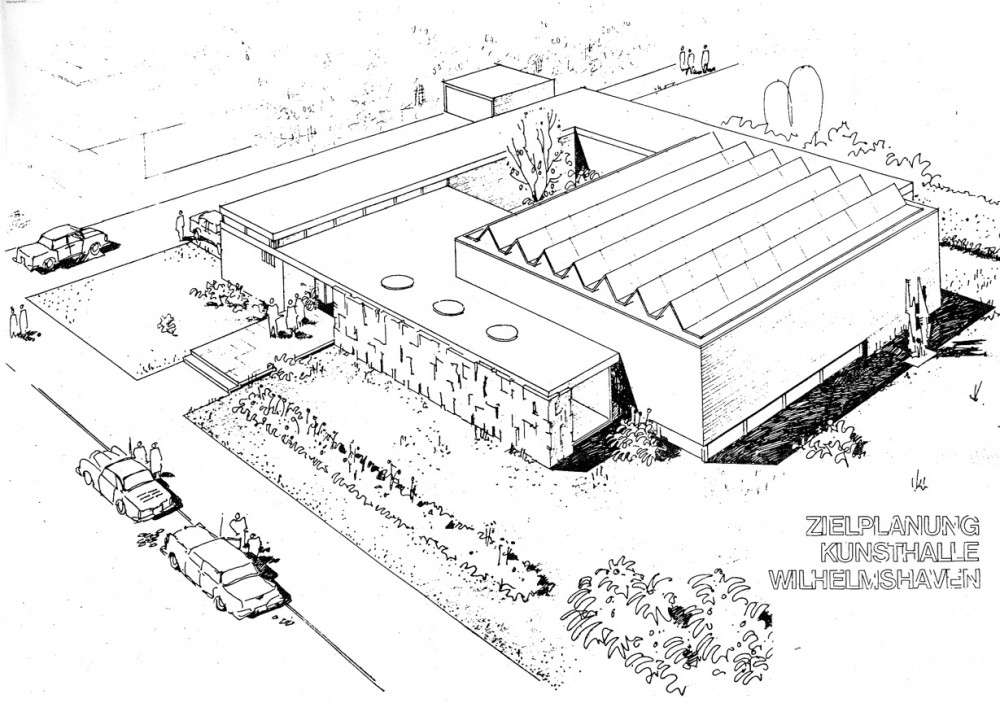 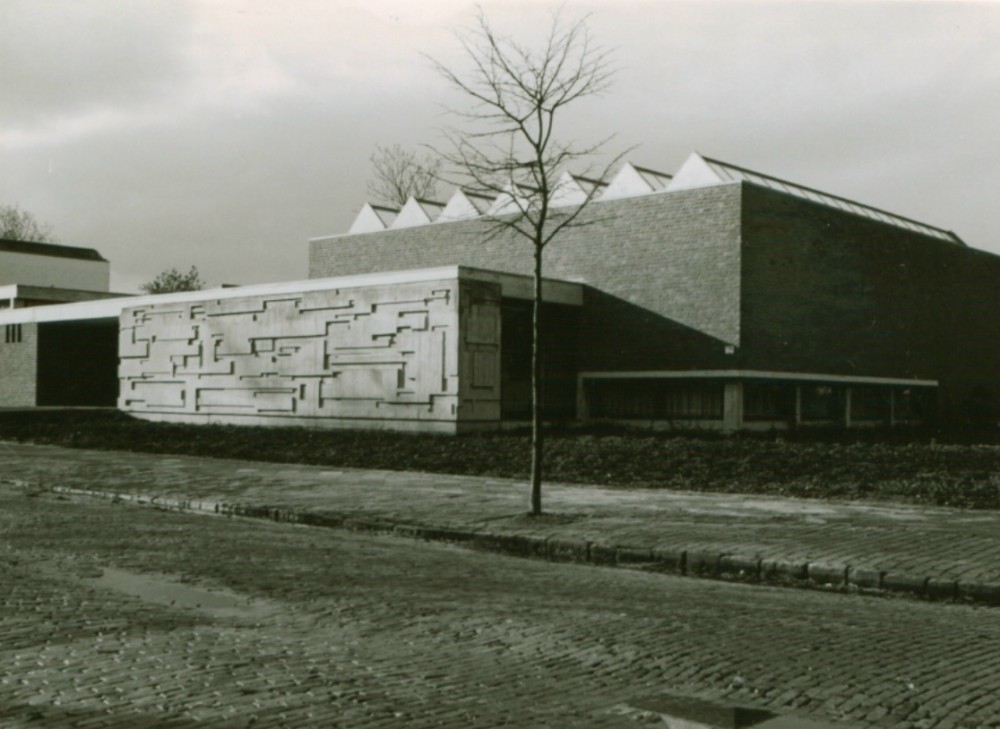 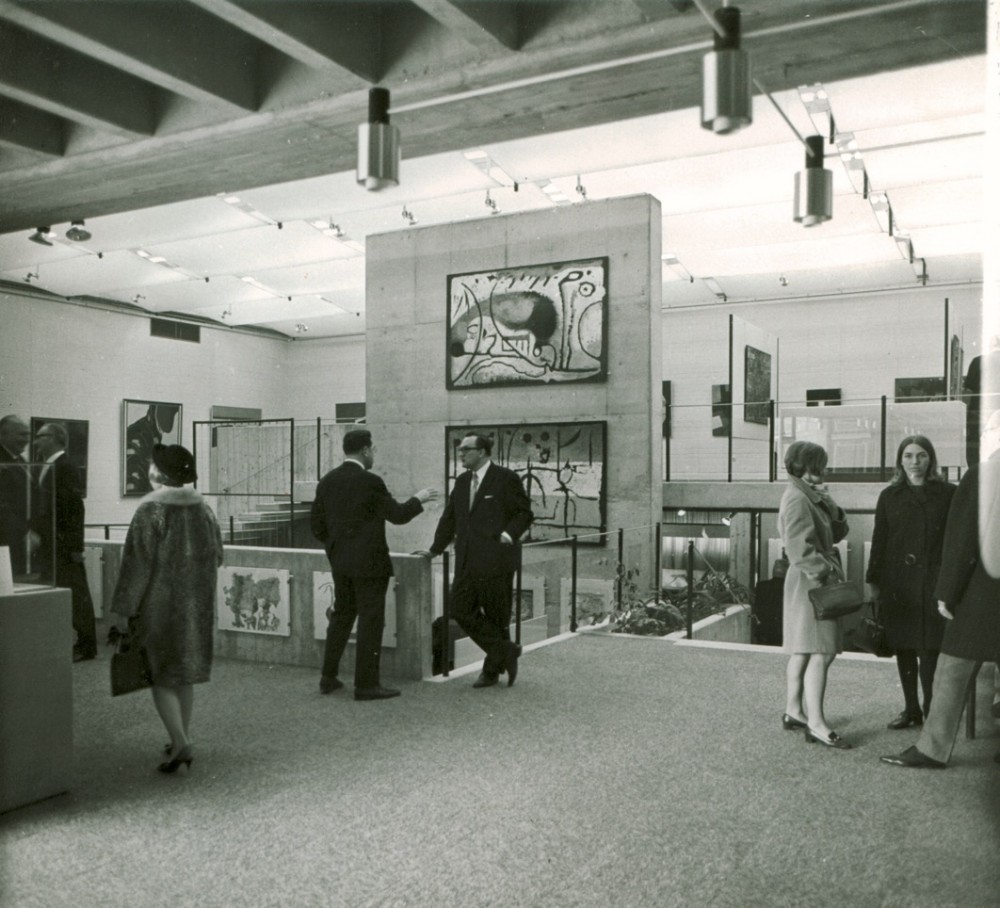 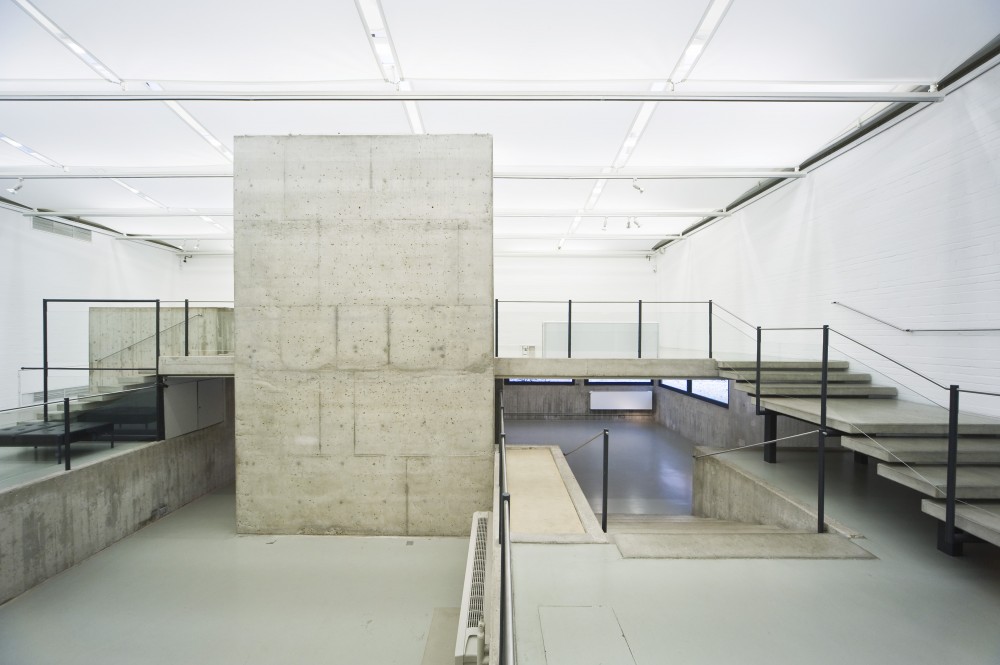 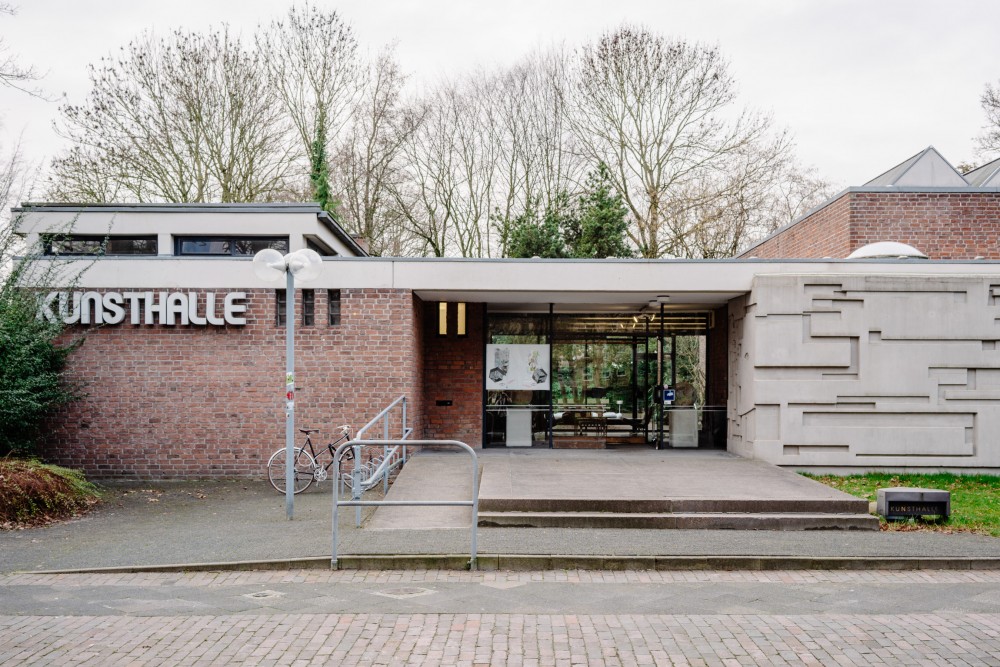 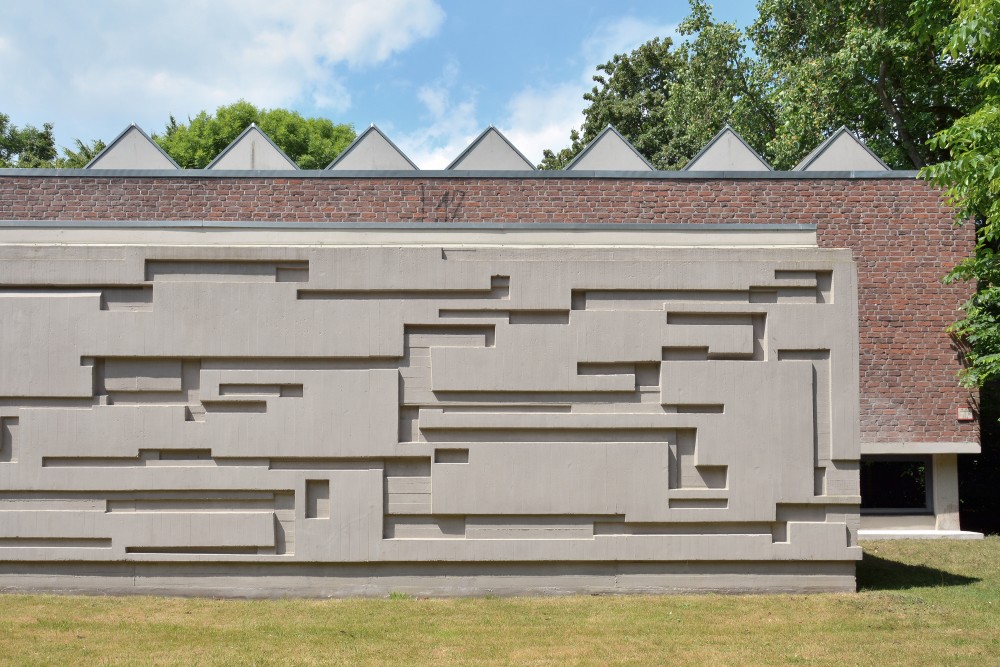 The history of Kunsthalle Wilhelmshaven is closely linked to the Kunstverein, which was founded on 10 January 1912 as Verein der Kunstfreunde Wilhelmshaven-Rüstringen at the suggestion of the head of the North Sea naval station, Admiral Friedrich Graf von Baudissin, and the Lord Mayor of Wilhelmshaven, Emil Bartelt, after 300 Wilhelmshaven citizens had signed an appeal for the foundation of an art gallery. The aim was to make the newly blossoming city "a little tastier than nature had made it", as von Baudissin emphasized. The naval city of Kiel functioned as a role model with the collection of its Schleswig-Holstein Art Society, founded in 1843, and its Kunsthalle, built in 1909.

The founding of the Kunsthalle was a joint effort: With the support of Kaiser Wilhelm II, von Baudissin was able to convince the Kaiser-Friedrich-Denkmal-Verein to donate its funds for a monument to Friedrich III. (who had been German Emperor for only 99 days before his death in 1888) to make the funds (18,844 Reichsmark) available for the construction of the Kunsthalle. The Navy ceded part of its "Officer's Playground", a tennis court on Gökerstraße, only a few hundred metres from the present Kunsthalle building. Emperor Wilhelm II promised loans from other museums of the Reich and supported the construction with 12,648.20 marks from a support fund under his personal supervision. Thus the Kaiser-Friedrich-Kunsthalle was inaugurated on 23 February 1913 after one year of construction. The town of Rüstringen, which was independent of Wilhelmshaven until 1937, also began to build up its own art collection in 1914, including important works such as the "Blind Prophet" painted by Lovis Corinth in 1904, today the most valuable painting in the municipal collection, which comprises some 2,000 paintings. As early as 1933, the Verein der Kunstfreunde was led on a national socialist course by the mayor of Rüstringen, Gustav Nutzhorn, who was loyal to the regime.

The Kunsthalle was destroyed in the Second World War; of the historic building only two portal spheres remain, which today adorn the entrance area of the new Kunsthalle. In 1945, the Verein der Kunstfreunde für Wilhelmshaven was re-established and found a place of transition in old Wehrmacht barracks, where exhibitions were held again from Pentecost 1946. In 1964 the Wilhelmshaven city council decided to build a new Kunsthalle, and so a limited competition of ideas with five participants was launched, with the suggestion that the Kunsthalle built in Hameln by Dieter Oesterlen in 1957 could serve as a model for the new building. After an ambiguous competition result, Hans Günter Harms and Frank Sommerfeld, two young Wilhelmshaven architects, were commissioned with a joint design, which was inaugurated on 3 March 1968.

In the tradition of Bauhaus modernism, a building characterised by clinker bricks and concrete was created with sharp profiles, flat roofs and converging rooms on three levels. The 18-metre long, sharply contoured relief dominating the façade was created by the artist and then Kunsthalle director Siegfried Pagel. Inside, glass balustrades, a reduction of the materials used (white walls, grey exposed concrete) and forms create a high concentration on the space and the art presented here. Four staircases connect the basement, ground floor and gallery and make different tours with ever new perspectives possible. The open architecture is ideal for painting as well as for large-scale installations, performance, concert, dance, literature and conferences. The Kunsthalle has been a listed building since 2008.